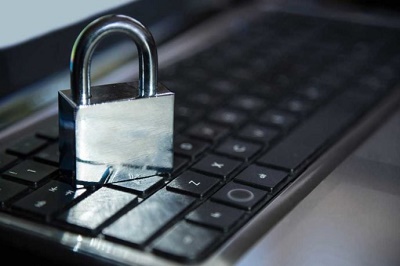 Is there something the government is not telling you?

Article 39 of the Constitution of Bangladesh ensures the freedom of speech of every human being.

This right speaks to the fundamental right of every citizen to seek, receive, and impart information and ideas through any form of media — which has been enshrined in Article 19 of the both Universal Declaration of Human Rights and International Covenant on Civil and Political Rights (ICCPR).

With that in mind, the government enacted the Right to Information Act (RTI) in 2009. The act was introduced with the purpose of establishing good governance, democracy, transparency, accountability of all public, autonomous, statutory, and private organisations, and the practical realisation of human rights through the free flow of information.

Though the act is considered a milestone for the Bangladeshi legal system, it experienced ups and downs regarding its proper implementation and functionality, whereas a similar law enforced in India under the name RTI Act, 2005 remains a role model for the whole world in terms of ensuring the right to information for citizens.

Section 4 of the RTI Act of Bangladesh states that: “Every citizen shall have the right to information from the authority, and the authority shall, on demand from a citizen, be bound to provide him with the information” and the term “authority” has been clarified as any type of government institution or organisation, any private organisation financed by grants from government funds, NGOs, or private organisations funded by foreign aid, or any other type of organisation or body operating within the domestic sphere.

There are some exceptions made — mentioned in the act regarding the organisations and institutions which are involved in “state security and intelligence,” unless the information sought pertains to human rights violation and corruption. The procedure prescribed for requesting information from any of these authorities has also been mentioned in Section 8 of the said act.

Despite the detail in the Act which is supposed to provide information on demand to the citizens, it had rather dismal implementation. The commission formed under RTI Act, 2009 has recorded 1,778 cases of which 1,085 have been dissolved over time.

“The act was introduced with the purpose of establishing good governance, democracy, and the practical realisation of human rights through the free flow of information”

The number is abysmally unsatisfying when compared to our neighbour’s statistics. The RTI Act, which was enacted in October 2005 in India, has seen over 17.5 million cases till October 2016. Every day around 4,800 applications are filed to access information from the government across India.

Other South Asian neighbours are also comparatively gaining momentum on the issue of Right to Information as Sri Lanka recently passed its RTI Act on June 14, 2016 and astonishingly jumped to the third position of the Global RTI Rating with 131 points whereas India stands at fifth position with 128 points.

The rating has been carried out by Access Info Europe (AIE) and the Centre for Law and Democracy (CLD) where the grounds for the rating are: Right of access, scope, requesting procedures, exceptions and refusals, appeals, sanctions and protections, and promotional measures — and all the criteria amounts to an aggregate of 150 points.

Except for Bhutan (which is yet to pass an RTI Act), all the other South Asian countries have enacted Right to Information laws. Bangladesh stands at 24th position having 107 points. Pakistan with 66 points remains in the 91st position, which is the lowest in the region.

It can easily be pointed out that we still need time for improvements and assurance of proper implementation of the act, but it is evident from the numbers that the knowledge about this act is particularly less among mass people.

There is still hope

Among the imperatives that we must abide by, in order to actualise the goals of the RTI Act, 2009, many of them are already under progress. For example, according to Cabinet Secretary Mohammad Shafiul Alam, the “designated officers” appointed in compliance with the provision of Section 10 in each of the “information providing units,” can now receive online training on Right to Information Act, 2009.

But a problem remains, because the designated officers are only required to take the courses voluntarily, which might in the long run prove itself to be futile as many may not be interested to take these courses.

In 2015, in an event organised by Information Commission and Dnet, an Android application and video was launched to empower and enlighten citizens — but due to lack of campaign and government effort, it didn’t have any significant impact.

Moreover, there are several other factors the government and the concerned authority should emphasise on to ensure the proper utilisation of this great part of legislation such as:

(a) Creating awareness among the citizens about the effectiveness of this act through advance campaign and interactive methods in different parts of the society, (b) guaranteeing the presence of designated officers in every institution as mentioned in the act, (c) facilitating the digitalisation of information in everybody that is covered under the act and a shared country — wide database of such information as stated in the act, (d) ensuring sufficient number of community e-centres for the proper dissemination of information in remote places, (e) strong and easily accessible web services which are immune to cyber-attacks, (f) increased cooperation  among different ministries to facilitate the information sharing mechanism, (g) reinvigorating government initiatives to explore scopes for public-private partnership to further facilitate the RTI mechanism.

And lastly, most importantly, changing the attitude and sense of cooperation among the concerned authorities and responsible officers towards the conscious citizens who are seeking information, as their fundamental right.