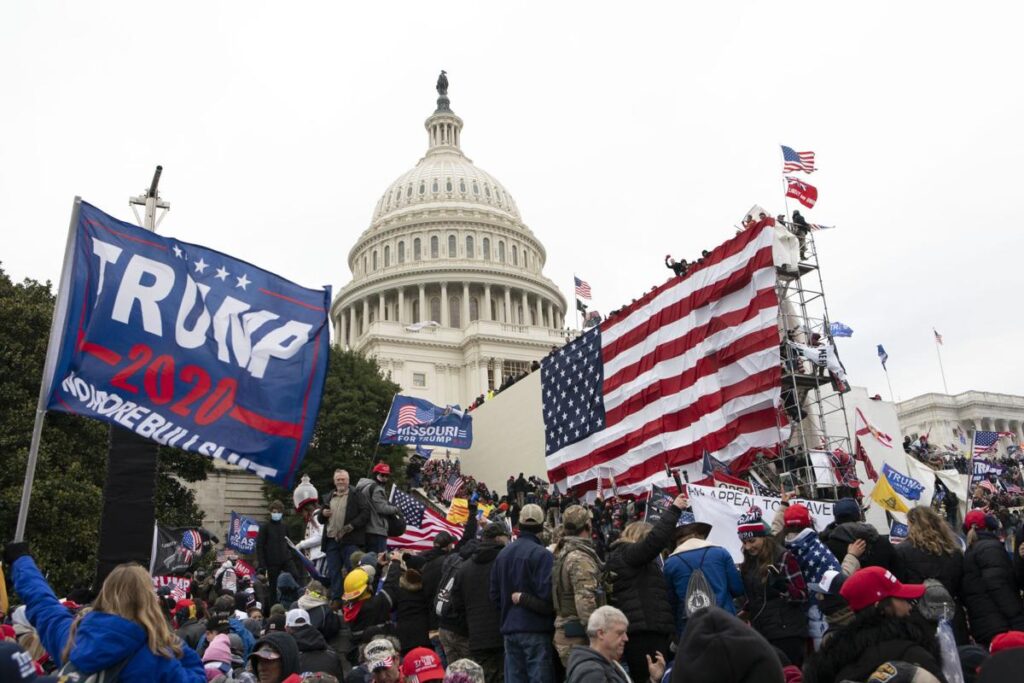 Donald Trump’s egregious assault on the U.S. constitutional edifice was a nerve-breaking experience for the century-old American democracy. It was unbelievable, and understandably unconsumable, for the Americans by any stretch of imagination. Yet it happened and the American constitutional pundits are yet to reel out of the nightmare. Some has seen this as a failure of “an obsolete eighteenth-century constitutional framework” and a looming threat to the future (Michel Rosenfeld, ‘The 2020 US Presidential Election: A Victory for the Democrats but a Threat to Democracy’, IACL-AIDC Blog, 14 January 2021). Now, what the Trumpian insurrection could mean for a nascent democracy like ours? Or, to put the question in a more relevant way – Could our Parliament survive such an assault?

From our side of the spectacle, the way the resilient U.S. Congress bounced back upon the cancerous Trumpism should be a very big eye opener. While we may not overlook some of the age-related strains in America’s constitutional system, the backbone of the structure has survived the test of time. Decline of democratic norms and institutions is not an unknown phenomenon for our time. Trump, however, shows that even the U.S. is not immune from the challenge. Systems’ strength and resilience are proved only when they are tested through bad times. A resilient system should be capable to absorb shocks, cope crises, withstand threats and provide the means of its continued existence (Peter Burnell & Peter Calvert (1999), ‘The Resilience of Democracy: An Introduction’, 6(1) Democratisation, 1). This “perseverance despite” of the U.S. constitutional machinery is what we should look into. It appears that four important institutions of democracy have saved the day for the Americans – a workable and solid system of separation between the legislative, judicial and executive branches, a decentralised and internally democratic party system, a generally indomitable system of electioneering and an independent and powerful media and civil society.

After all, Trump has been defeated badly. His arm twisting of the election officials has failed. His appointees in the federal judiciary did not come to his aid. State legislatures controlled by his party did not succumb to his pressure to disenfranchise the American people and replace the electoral college members for him. His lies, conspiracy theories and conservative propaganda machines have been countered by an equally forceful progressive media, civil service and civil society. The Congress has created history by impeaching him twice – the last one with bipartisan support. Almost all the Senators from his party defied his intimidation and certified Biden’s victory on the same fateful night of his insurrectionist assault.

To talk about the U.S. Congress specifically, the strength of the congressional committees, party caucuses and congressional bureaucracy proved crucial. There are three explanations behind this. First, decentralisation of parties, bottom up democracy within those and elected congressmen’s autonomy of conscience have facilitated the process. Secondly, the U.S. version of separation of power has supplied the Congress with necessary resources and tools to meet the robust presidential bureaucracy with a counter legislative bureaucracy comprising independent committees, subcommittees, their members, and staffs. Separation of power has brought with it a rule of comity whereby organs do not interfere with each other’s institutional arrangements, staff, and finances. Thirdly, the American peoples’ habitual suspicion of the government establishment at Washington DC have created an electoral disincentive for individual congressmen to pursue the path of raw partisanship or crude hero-worship (Malcolm Shaw, ‘Parliamentary Committees: A global perspective’ (1998) 4(1), Journal of Legislative Studies 225).

Looking back to our own legislative branch, we find a very gloomy picture instead. There are three reasons here as well. First, the undemocratic and parochial party structure, the parliamentarians’ crude subjectivity to partisanship, and their hero-worshiping loyalty to persons rather than their institution have tainted the parliament’s capability in general. Secondly, the problem is more acute in the committees. Parliament lacks the financial and administrative autonomy to establish a legislative counter bureaucracy. The UK Department for International Development (DFID) once conducted a diagnostic study on the administrative arrangements of Bangladesh parliament. The Report observes that organisation of the parliament secretariat itself is “a serious barrier” to its autonomy (A.T.M. Obaidullah, ‘Standing Committees on Ministries in the Bangladesh Parliament: The Need for Reorganisation’ (2011) 18(2) South Asian Survey 317, 322). With its secretariat sunk in the vortex of executive bureaucracy, the parliament is disproportionately weak vis-à-vis the government. Article 79 of the Constitution has mandate for a separate secretariat for parliament, which is presumed to be manned and maintained under the Parliament’s own rules and regulations. Governments after governments have prevented the House from making these rules and then used the vacuum as an excuse to flood the parliament secretariat with executive bureaucrats. Secretariat staff deputed from the bureaucracy are temperamentally hostile to the notion of parliamentary oversight over the government and bureaucracy. Thirdly, the state skepticism of the American people is not a gift of party politics. It is rather groomed and nurtured by a fourth branch – whom Bruce Ackerman calls the ‘democracy branch’ (The New Separation of Powers, Harvard. Law Review, Vol 113 Issue 3 (2000) 633-725). The fourth branch institutions like civil society, mass media and accountability organisations like ombudsman, anti-corruption commission, human rights commission, information commission, etc work outside the three traditional branches of state. These institutions offer a powerful resistance to the misappropriation of legislative, executive, and judicial authorities and create an alternative reservoir of public accountability which the politicians cannot simply ignore.

One of our key arguments against the erstwhile caretaker government was based on the representative quality of governance. We argued that the non-existence of parliament during the so-called caretaker government was a threat to democracy and invitation to the unconstitutional adventurists. Now, the phenomenon of Donald Trump tells that the mere existence of a tamed legislature and kneeling fourth branch institutions are not the adequate guarantees either.

The author is an Assistant Professor of Law at University of Chittagong & a Ph.D. Candidate (Legislative Studies) at King’s College London.