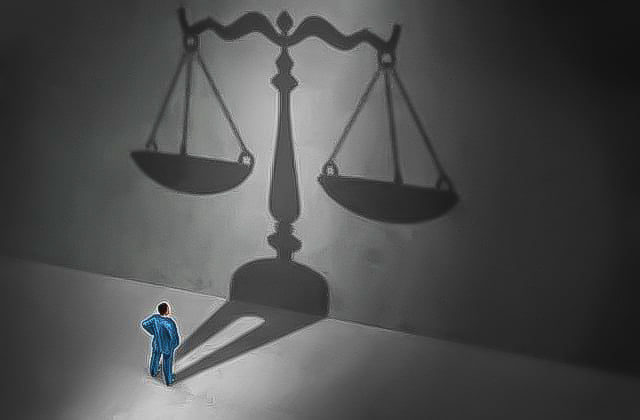 “I do (swear in the name of God/solemnly affirm) that what I shall state shall be the truth, the whole truth, and nothing but the truth”[1]– Does everyone tell the truth after taking this sacred oath?

The victims and witnesses of crime enjoy no better protection under any legal procedure. Adequate protection of victims and witnesses plays a key role in the successful functioning of the Court, aiming to ensure that witnesses participate in and testify freely and truthfully without fear of retribution and further harm.[2]The fundamental objectives of the criminal justice system are to maintain the rule of law and to promote a sense of security among the members of the society[3]. For fulfilling the key objectives of the criminal justice system there must need a victim and witness protection law.

The words “victim” and “witness” had not been defined either in The Penal Code, 1860 or in The Code of Criminal Procedure, 1898. However, Section 118 of The Evidence Act, 1872 clarified that all persons shall be competent to testify if they understand the questions put to them and give rational answers.

Article 33 of The Constitution of the People’s Republic of Bangladesh deals with the procedural safeguards to the accused to ensure a fair trial. But there is no specific provision for the protection of victim and witness. The penal code, 1860 provides some remedies for victims, in some circumstances which are not adequate. There are some sections in The Evidence Act, 1872 which described the way of taking evidence from witnesses. But victims and witnesses need protection, safe accommodation, and support, counseling and legal assistance from the criminal justice system. In absence of holistic legal as well as institutional framework, victim-witness protection still remains highly elusive in our criminal proceedings.

There are two types of evidence-oral and documentary, which was classified in section 3 of The Evidence Act, 1872. The oral evidence is given by witnesses before the court which has great significance to determine the relevant fact. Even in the case of documentary evidence, witnesses are required to prove the genuineness of the contents of the documents. The victim and witness are important players in the whole process of the criminal justice system. Nowadays, murder, rape, sexual harassment, trafficking for sexual exploitation and acid throwing have considerably increased. But, the victims of these crimes feel insecure to lodged FIR against the offenders for fear of threat, harassment and of further victimization by the offenders through false cases. The victims are afraid to make their statements at the time of investigation although without the active participation of the victims, the investigation of such crimes may not come to a conclusive end. After the completion of investigation, when regular cases are started against the offenders, the victims then as witnesses are again subjected to threats by the accused party preventing them from coming before the court or tribunal to give their evidence.[4] It is common place to see the persons who are eye-witness to a crime turning away and leaving the place of occurrence in order to make sure that they are not dragged in as witnesses.[5] Therefore much attention should be given to the rights, privileges, and protection of the victims and witnesses and some adequate legal arrangements are necessary to be made.

Article 27 of The Constitution ensures equality before the law and equal protection of law. Article 31 of The Constitution secures the right to protection of law which is the inalienable right of every citizen. Thus for ensuring justice of the victim, section 154 of The Code of Criminal Procedure, 1898, allows any victim of an offense to start a judicial proceeding by filing a report and the police are bound to record such report. And the victim can lawfully file the complaint to the Magistrate. Most of the time the victims are harassed by false witnesses and for this reason, intentionally giving false evidence or fabricating false evidence for use in any stage of a judicial proceeding is punishable under section 193 of The Penal Code, 1860. However, for witness protection, the court shall forbid any question which appears to it to be intended to insult or annoy which was stated under section 152 of The Evidence Act, 1872.

Bangladesh follows traditional laws. The Code of Criminal Procedure, 1898, The Penal Code, 1860 and The Evidence Act, 1872 along with a few special laws laid the basic foundation of the legal regime dealing with substantive offences and criminal procedure that are followed in our criminal justice system.[6] Though a victim has the right to set the law in motion by lodging a complaint or first information report, in essence, the victim of crimes still retains no rights to be present, informed and heard, to have a voice in criminal litigation except to be alone prosecution witness when being summoned by the Court.[7]

While the hearing of ‘Rinku murder case’ on 7th December of 2015, a High Court Division bench of Justice M Enayetur Rahim and Amir Hossain issued an order to the government to introduce a Witness Protection Act. The Law Commission body submitted two reports in 2006 and 2011 to the law ministry on the protection of witnesses and victims.

It was a nice directive from the honorable High Court Division of the Supreme Court of Bangladesh In 2010 In the Case namely- ‘BNWLA vs. Government of Bangladesh that, “Government shall take immediate steps to enact Law for introduction of witness and victim protection system for effective protection of victims and witnesses of sexual harassment as well as the people who come forward to resist sexual harassment. The law will provide measures for taking account of mental trauma of the victims and for redressing the same”[8]

Therefore we hope that by implementing the reports of the Law Commission of Bangladesh and considering the above mentioned the judgment of the High Court Division; the government will enact a specific law on the protection of victims and witnesses in Bangladesh.

The author is pursuing LL.B. (Hon’s) at Daffodil International University.