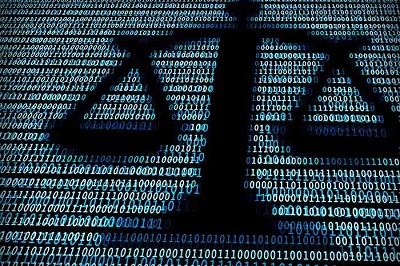 ‘Digital Bangladesh’ aims to ensure social justice through maximum use of technology. By walking toward this goal, country already has attained remarkable success in different sectors like economy, education and ICT. As a Constitutional organ, without invoking technology in our judicial system, ‘Digital Bangladesh’ will not be completed. But the real scenario is awfully worse; the court buildings, record rooms and other mechanisms have no minimum touch of digitalization which has created an unbearable logjam of cases.

Appellate Division and High Court Division, the two branches of the Supreme Court basically entertain the Appellate Jurisdiction except some cases i.e. admiralty or banking company matters are originally heard by the latter. Initiation of a suit in HCD by filing, any appeal lies to both Divisions, Leave to Appeal, Review, Revision etc. can be filed by submitting petition manually with a physical presence which is very sluggish, time-consuming, risky for the parties. This ‘hard-bearing cost’ will discourage the party to seek his legal remedy. Entry of a case, allocating case number, and further processes are given in computer-typed process which may be erroneous, mistakable or corrupted. Notices are served in paper form to the parties. In hearing and trial, whole court processes are completed in long-observed inquisitorial method.

Lower judiciary acts as the court of first instance, dealing chiefly with  filing of case, summon, examination or cross-examination, taking evidences are completed by 200 years old British-made methods. The Evidence Act, 1872 doesn’t admit digital evidences till now. Judgments are pronounced and compiled in the record room. Only the paper copy of judgments is available in the lower judiciary.

The existing system of slow, interrupting and expensive justice delivery can’t give remedy of peoples’ grievance. Rural marginalized people suffer in every stage by middlemen, court officials or even by lawyers. Thus they become frightened to ask remedy. Illegal transaction, corruption, bribery, lack of accountability can never be stamped out due to the deficiency of digitalization.

Reports showed that around 70% of outstanding civil litigation cases in Bangladesh, involving some 1.8 million litigants related solely to land disputes. Land suits may engulf 15-20 years (!) average that creates serious denial of justice. Sometimes the parties or crucial witnesses may pass away, important evidences may decay, years may lose, thousands of money may expense but land suits may have unfinished. In absence of online database in land offices, many ill-mined people make counterfeit deeds and documents which lead the weaker party to a disadvantageous position.

The number of pending cases in all courts stood at 3156878 of 31 December, 2016 wherein UNDP forecasted the case backlog may reach 5000000 by 2020. This huge pile of cases is causing serious bar to seek justice by destructing time, money, hope and emotion of the parties. Though the case disposal rate is tentatively high, but this large number of cases can’t be disposed in a shorter period without digitalization.

Our congested court rooms are not largely up-to-date. Most of the court room has no internet access, video conferencing management, e-cause list and online submission system, modern database etc. which causing far delay, mismanagement, corruption, high risk, unnecessary expenses in the cases. A digital court room must have uninterrupted internet connection. Video conferencing may help to hear and try the parties and witnesses from jail custody or distant area. It is highly risky to escort terrorist high-commanders, political leaders or leading criminals to court from jail custody. Attempt of snatching JMB leaders in Mymensingh or Mufti Hannan are good example of such risk. Adequate computers for each courtroom should be set which will help judges, attorneys, litigants as well as the court officers. Multimedia projector, camera, monitor, electronic recorder, VCR/DVD player, printer are need to simplify and quicken the court activities and make proper use of working hours of the court. Data analyzer may be inserted so that it would help to analyze thousands of data within a second. Evidence camera can instantly convert a paper document or physical exibit to an e-image. Monetary transactions of court can swiftly and safely transact through online.

In filing e-case, a person may create a personal account with secured password where every updates of the case can be provided within a moment. Thus this service can be reached till peoples’ bedroom. Bangladesh has reached 66.779 million internet subscribers in January, 2017 which opened the door of digitalization easily.
Case management system, an internal function of the court if digitalized it’ll enhance the efficiency, swiftness and flawlessness of the courts and court record room. It will reduce the possibility of losing, damaging or twisting any documents rather give a perpetual existence of the documents. Bangladesh has reached total 129.584 million mobile subscribers in February, 2017. Cause list, any latest update or information may reach within a short period of time by SMS.

Though Bangladesh judiciary has not been completely digital, yet Supreme Court has started to upload the latest landmark judgments, cause list in their website. Bangladesh Police has launched online GD filing system recently. 20 lower courts of Sylhet have been oriented with digital technologies.

Some recommendations may be fruitful here, which are as follows: (1) The whole old-fashioned courtrooms should make fit for digitalization. (2) Court record room should be modified with Online Database System (ODS) and Case Management System (CMS). (3) Adequate budge should be allocated where only about 2000 crore tk. was budgeted in 2016-17 fiscal year where the total budget was 3.41 trillion. (4) Judges, lawyers, law enforcing agencies and court officials. (5) A master-plan is neded to check the high risk of technology. (6) Relevant laws, especially the Evidence Act, 1872 should be amended making parallel with e- judicial system. (7) Backup plan should be ready for the urgent situations. (8) People must be aware and cooperative to use the e-judiciary.

E-judiciary, a whole tech-based judicial system, may bring a radical change in the field of the administration of justice. Moving toward a ‘Digital Bangladesh’, skipping judiciary from digitalization will be an incomplete journey to the digitalization. It is high time the govt. of Bangladesh took initiatives for an e-judiciary standing four years from reaching the ‘Vision-2021’.