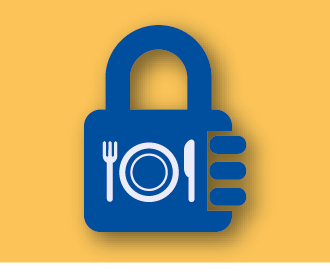 Unsafe food represents a major threat to public health in Bangladesh. Each year millions of citizens suffer bouts of illness following the consumption of unsafe food .So food safety is a public concern, and it is the government of Bangladesh, and in particular the Ministry of Health and Family Welfare, that must play a leading role in establishing a national food safety policy, action plan and a food safety control system. The implementation of food laws, standards and regulations and the legal responsibilities of different stakeholders regarding food safety will serve as a benchmark for evaluating and maintaining food safety.

Food safety has become an important topic in Bangladesh as consumers of the country have become victims due to serious food adulteration & contamination. It has been reported in the media how certain “rogue” restaurants are using dead chicken meat and sweets mixed with substances that pose health hazard. Recently, newspaper reported that rice prepared from plastic materials and artificially prepared eggs are marketed in Bangladesh which is imported items. We have to maintain certain standards so that consumers are satisfied what they consumed in terms of their quality, standard, hygiene. In Bangladesh, our main concerns are food adulteration & food contamination. So, we need to think about the food contaminants & their effects also. The most important food contaminants in Bangladesh are (a) environmental contaminant, (b)organic contaminant, (c)arsenic, (d) lead etc. The sources of the contamination are majorly from water, dust, air, sewage, equipment & different types of chemicals etc. Possibly sources of contamination include

Brief Overview of the Contaminants

Environmental contaminants: Industrial process emits several thousand of inorganic and organic chemicals. Due to the emission, agricultural commodities and thus also our food may become contaminated.

Most important is dioxine and dioxine like compounds. People are exposed to these although at law levels, particularly by eating animal fat in meat, dairy products and fish. Nowadays, it is said that plastic water container emits dioxine if kept in heated or chilled environment.

Arsenic can enter into plants from soil; the terrestrial plants can accumulate a large amount of arsenic. On the other hand, marine plants and animals have arsenic detoxification system.

In Bangladesh, water is contaminated by arsenic widely. Almost, one in five tube wells is not providing safe drinking water. There are more than 8000 villages where 80 percent of tube wells are contaminated. (Arsenic mitigation in Bangladesh-UNICEF-2010)

Lead is stored in bones but it is equilibrium with the lead present in blood. In Bangladesh, lead poisoning in young children is alarming. Chronic exposure to lead may result in anaemia, neuropsychological disorders in young children.

Nearly 3 out of 4 children die due to diarrhoea in developing countries. (Reference: UNICEF-Diarrhoea: why children are still dying and what can be done). Responsible for 15% of mortality in children under 5 years. (Health Bulletin 2013:45/1000 live birth) In Bangladesh, deaths due to diarrhoea is about 69 thousand (Reference: WHO, 2004).

Laws regarding Food Safety in Bangladesh:

Article-15 of the Bangladesh Constitution states, “It is a fundamental responsibility of the state to secure provision of the basic necessities of life including food.”(GB,1972).Article 18 of the constitution states, “State shall raise the level of nutrition and improve public health as its primary duties.”(GB,1972).Both the articles implies food safety requirements for consumers and the State must be ensured through enactment of appropriate laws. There are several laws in Bangladesh for maintaining health and safety standards. Some of are:

Here are some short statements of those rules and laws:

A stakeholder can be defined generally as any individual, end-user or organisation that has an interest in a particular issue. It is important to take into consideration the views and concerns of relevant stakeholders in policy making as:

There are mainly two types of stakeholders. They are:

(a) Government: Arguably, the Bangladesh government secured the right to food in effect, even though it has not formally recognised in it law. Bangladesh has achieved one of the biggest improvements in its Global Hunger index score. Research suggests that food policy has consistently been a top priority for the govt. This is partly a legacy of the 1974 famine in which hunger led to millions of deaths. Recently a research has suggested the following for the government:

(b) Organisation (BNHCR):  The BNHCR (Bangladesh National Human Rights Commission) has observed that direct constitutional recognition of the right to food would protect the right from the uncertainty of judicial interpretation, improve accountability by limiting the actions and policies of the government and providing remedies, and empower individuals to demand policies and laws which allow them to realise their right to food.

Furthermore, there have also been calls for public interest litigation to demand the Supreme Court to explicitly recognise the right to food as part of the right of life. There is also scope for the campaign to call for a framework law in which all the legal duties and rights of the state and citizens could be established.

Food Company or food owner, employees and manager are called the internal stakeholders as they internally deal with the matters which are directly or indirectly related with food. Production of hygienic food should be the first and foremost duty of the internal stakeholders. But there are some dishonest people, who work for their self-interest and thus, they become involved in food adulteration, food contamination .Food adulteration may occur for some reasons, they are-

There is overlapping of laws for criminalizing particular offences of food adulteration. Section 272 and 273 of the Penal Code, 1860 make food adulteration an offence. The Pure Food Ordinance, 1959 also tries the same offence in section 6(1)(a) and prohibits food adulteration in the process of manufacturing. Section 16 of the same Act prescribes keeping of adulterants in places where food is manufactured. This multiplicity of laws creates confusion in the mind of manufacturers, processors, retailers. It is hard to eradicate Food adulteration from a third world country like Bangladesh, but following observations may lead the path to combat with the food problem. So to speak, implementation strategies of law must be outlined clearly for a better enforcement regime.

The Safe Food Act,2013 has categorized 23 offences for which criminals will face maximum five years in jail term or tk1,000,000fine. Of them,13 offences are non-bailable. The maximum punishment for adding radioactive ingredients or heavy metals to food stuffs is four years in jail or Tk 800,000 fine or both. The highest punishment for adding insecticides, hormones, antibiotics and other chemicals above permissible limits in three years in jail or a fine of Tk 600,000 or both. Owners of restaurants and hotels, causing health hazards to consumers, will face maximum three years of jail or a fine of Tk 600,000 or both. The act says public servants failing to discharge duties stipulated in the act would face departmental disciplinary actions.

The idea of food as a human right, rather than just a basic necessity of life, has become increasingly accepted over the past few decades. Food trade should exercise due care in applying and choosing food chemicals. Food safety is an important and growing challenge for Bangladesh. If Bangladesh involve stakeholders in food safety and be ready for the emerging issues and enforce laws properly, then the safety of food will be ensured. 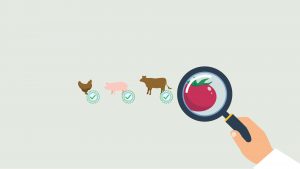 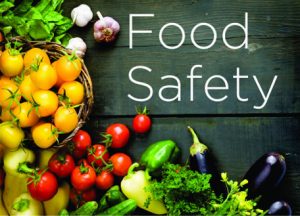