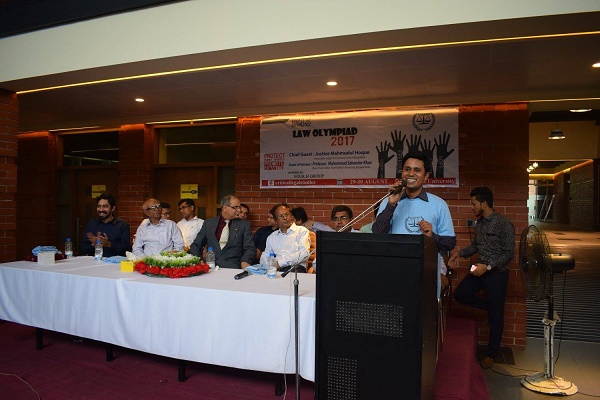 It was a tremendous pressure for all of the people who worked as “Organizers” before and after the stage. It was their responsibility to make this “Grand Event” a successful one. “SCLS Law Olympiad” was held on 30th August. But, the journey started one month ago. The chasing of “Fairy Tale” started with the clear guideline of Founding Moderator of SCLS, Mr. M Jashim Ali Chowdhury along with the tremendous Co-operation of Abdullah Al Noman, the Chief Co-ordinator and Present Chairperson of the program.

Competition strategy, registration mechanism, allocation of research materials, event management, hospitality, communication… for every single department, there was specific team of dedicated people. Their dedication, their enthusiasm and hardwork was the X-factor behind the prevalence of the event. Now we know, SCLS Law Olympiad was a huge success, but only the organising body know that, how much pressure they had to take to make the event a successful and cherished one. 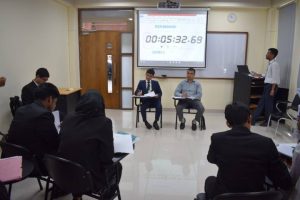 32 teams from 14 different public and private universities across the country participated in “SCLS Law Olympiad-2017.” They came from differnt parts of the country, their cordial and spontaneous co-operation and “Never Give Up” mentality made the olmpiad more combatting, breath-taking and lurid.
The theme of SCLS Law Olympiad was “Protect Human Rights, Promote Humanity.” The competition was based on some definite, contemporary issues of human rights. The legal battle was divided into 5 rounds and the winners of those rounds were awarded separately.
Justice Mahmudul Haque of Bangladesh Supreme Court was the chief guest of the closing ceremony. Among other distinguished guests Professor Muhammad Sekandar Khan (Honorable Vice- Chancellor of East Delta University) and Mr. Houssain Al Ashkari (Assistant Public Prosecutor Of Metropolitan Sessions Judges’ Court) were present as the special guests.
Honorable Moderator of SCLS, Mr. Nirmal Kumar Saha (Associate Professor of Department of Law, University of Chittagong) has presided over the ceremony. Founding Moderator and ambassador of SCLS, Mr. M. Jashim Ali Chowdhury (Assistant Professor, Department of Law, University of Chittagong) has also facilitated the program.

Justice Mahmudul Haque in his speech said that, “SCLS is worthy of appreciation for organizing such Law Olympiad alike other Olympiads. And this competition will make the law students of Bangladedsh more passionate and enthusiastic to study law.”

Professor Muhammad Sekandar Khan in his speech mentioned “East Delta University” has become the part of the history, for being the venue of first ever law olympiad in Bangladesh. 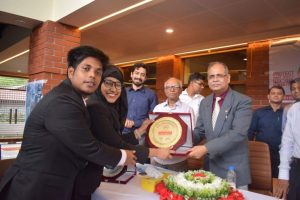 Collin Powell once said: A dream doesn’t became reality through magic, it takes sweat, determination and hard work. The people who worked behind the screen of “SCLS Law Olympiad”, they knew it clearly, they believed it passionately .Thats why, to make this dream a reality, they delivered their best, they left no stone unturned. And result?

No need to write, everybody knows already.