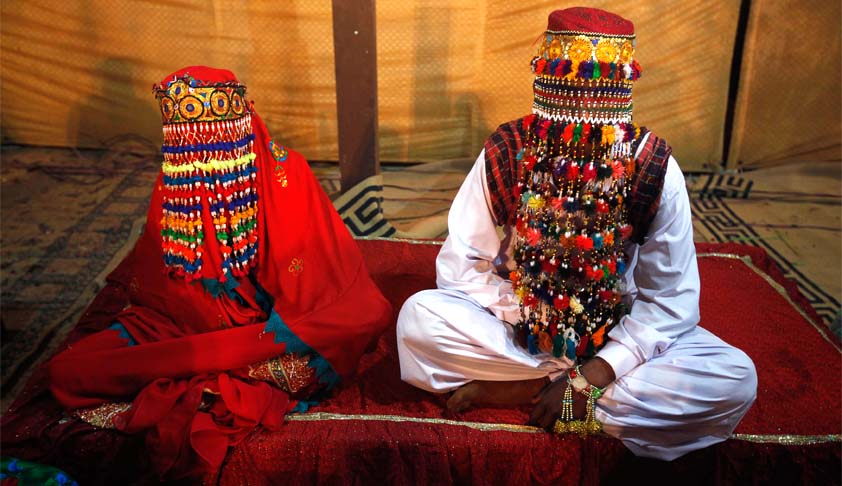 Inheritance is the lawful transfer of a deceased person’s state and property towards his family members and heirs. The process is also known as succession. Under the Dayabhaga School of law (one of the two main schools in Hindu Law which is in existence and practice in Bangladesh), succession is governed by the capacity to confer spiritual benefit.[i] According to the Hindu family system, the daughter becomes part of her husband’s family after her marriage and accordingly becomes entitled to inherit property from her husband or sons. A Hindu woman can inherit property from both males and females in the family.  In traditional Hindu law, daughters are not equally eligible to inherit their father’s property. Unmarried daughters come first in the line of succession, then the married daughters having or likely to have male issues come to succeed.[ii] Daughters who are barren, or who are widows having no male issues; or who are mothers of daughters only, are excluded from the inheritance line.[iii]

Under the Hindu Women’s Rights to Property Act 1937, a Hindu widow, even if she inherits, does not gain absolute ownership over the inherited property. Instead, she gains limited rights over her property in the form of life interest, which she owns and holds for her life with a restriction on complete alienation of the acquired property i.e., alienation in the form of sale. Except for charity, religious rituals, legal necessity and benefit of the estate. To be plainly worded, life interest means the right to hold and enjoy a property during the lifetime of the person being in ownership of the life interest, but he/she cannot absolutely alienate the property.

Even if a female heir inherits after all these “discriminatory” rules, she still has to face some restrictions. A Hindu widow reserves the authority to transfer the property left by her husband, only either on the ground of legal necessity or of religious or charitable purposes.[iv] So, a transfer of the property (left by her husband), made by the widow without legal necessity, is invalid. This causes the said property to be reverted to the reversioner after the death of the widow.[v] Notably, on the ground of chastity; all the five female heirs, the widow, daughter, mother, father’s mother, and father’s father’s mother, can be excluded from inheritance under the Dayabhaga school of law. However, the Mitakshara school of law does not admit chastity as a disability for other female heirs to inherit except widow.[vi]  In India, the Hindu Succession Act, 1956, explicitly stated that chastity is not a ground for excluding inheritance.[vii] But, in Bangladesh, unchastity is still a ground of exclusion from inheritance, for female heirs. The remarriage of a Hindu widow ceases the rights of a widow in her deceased husband’s property[viii].

There was no legislation so far enacted to reform the traditional laws that guarantee limited property rights to Hindu women, even though Bangladesh is mandated through its Constitution to prohibit all sorts of discrimination on the ground of sex and religion. The Constitution of the People’s Republic of Bangladesh has stated and ensured non-discrimination among Bangladesh’s people under various Articles. Article 27[ix] incorporates equal protection of law to all citizens as a fundamental right. Article 28[x] and 29[xi] spells out the principles of non-discrimination on the ground of religion, sex, race, caste etc.

As a member of the international community and signatory to various international conventions, Bangladesh is also bound to eradicate all sorts of discrimination. Under the provisions of the Universal Declaration of Human Rights (UDHR) 1948, Bangladesh is bound to ensure all rights enumerated therein to its citizens irrespective of sex and religion spelled out in Article 7 of UDHR. One of the rights guaranteed in UDHR is to own property, which is enshrined in Article 17.

Bangladesh is one of the 160 countries that ratified the Convention on the Elimination of all kinds of Discrimination Against Women (CEDAW). Considering the Hindu women’s property rights in Bangladesh, it can be easily said that Hindu Laws and Legislations do not holistically stand in line with the international obligations as worded before.  We find the position of Bangladesh to be either ignorant or reluctant to frame laws that will ensure equal property rights among the Hindu Women like India has adopted the Succession Act, 1956 abolishing the efficacy of the provision of disability on the ground of unchastity or of limited interest in the property for women. In India, under the Hindu Succession Act, 1956, females are granted ownership of all property, abolishing their “limited owner” status[xii].

Women’s inability to inherit equal property can undermine their economic security, independence, and working opportunities because inheritance is a powerful tool by which women can acquire and control the property. It was found that the reform in India increased female education, autonomy, labour supply, and bargaining power. If we look at Bangladesh, the statutory laws grant men and women equal rights to the purchase of land, but they are at a disadvantage here, because the country’s inheritance laws are governed by personal law. Legal reform of Hindu women’s inheritance rights can act as a powerful low-cost lever to reduce gender discrimination, minority discrimination and improve socio-economic outcomes in Bangladesh. Laws governing both public and personal spheres need to be compatible with Constitutional laws. Particularly, it must be equally applicable to all citizens irrespective of gender, religion or commun

[ix] The Constitution of the People’s Republic of Bangladesh, 1972.

[xii] Section 14 of the Hindu Succession Act 1956 is wide in its ambit. The legislation has defined women’s property in the widest possible manner. The property includes both movable and immovable property acquired by a female by inheritance, partition, in lieu of maintenance, arrears of maintenance, gift from any  person, a relative or not, before or after marriage or by her own skill, exertion, by purchase or by prescription or in any other manner whatsoever and also any such property held by her as stridhan immediately before the commencement of the Act 1956.