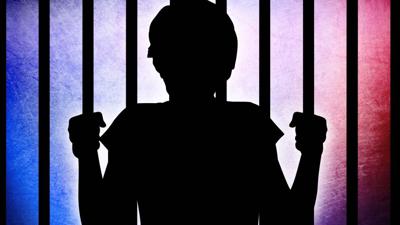 With nearly 40% children of the total population of Bangladesh & 21% adolescents, the UNICEF Bangladesh states that under 18 population are 57.15 million approximately and under 5 population are 15.6 million approximately. Youth crimes which means crimes that are committed by youths, mainly done by 14/15 to 20/22 years of age. This type of crime had come into the limelight after the murder of Adnan Kabir in early 2017. Police and RAB sources stated that there are 40-50 teenage gangs in Dhaka as well as around 25 gangs outside Dhaka like Chattogram, Khulna, Cumilla, etc.

Those youths mainly do extortions, drug abuse, eve-teasing, murders, pilferages in their areas collectively with or without political influence. But one of the most brutal incidents happened on June 26, 2019, when a young man named Rifat Sharif was hacked to death by members of the ‘007’ gang at Barguna in broad daylight. Police and law enforcement agencies are cracking down those gangs and trying to eliminate those, but the result is not as expected as it should be.

There are many reasons behind the involvement of youths into criminal activities and scholars are trying to find them for years. Some of them are social transition, poverty, family issues, crime-prone neighborhood, delinquent peer, action movies, etc. On the other hand, to prevent those activities there are existing laws in Bangladesh. 32 laws in Bangladesh are related to the issues of children and among those, 8 laws are directly related to the issues of children, youth crimes, diversion measures, and juvenile justice system, such are 1. The penal Code, 1860; 2. The Child Marriage Restraint Act, 1929; 3. The Children (Pledging of Labour) Act, 1933; 4. The Suppression of Immoral Traffic Act, 1933; 5. The Vagrancy Act, 1943; 6. The Constitution of the People’s Republic of Bangladesh; 7. The Compulsory Primary Education Act, 1990; 8. The Children Act, 2013.

The edifice of the structure of the Juvenile Justice System in Bangladesh is based on the Children Act of 1974, which repealed the Reformatory School Act of 1897 and the Bengal Children Act of 1922 in accordance with 29B and 399 of the Code of Criminal Procedure (Cr. P.C) chronologically precedes the Convention on the Rights of the Child of 1989. Bangladesh is among the first to sign and ratify the UN Convention on the Rights of the Child (UNCRC). After the ratification, there have been several major moves in its enforcement. Now, the Courts and law enforcement agencies mainly follow the Children Act, 2013 to bring those juveniles into the justice system.

Children or youths who come into conflict with the law as a result of being accused or surfeited of committing a Crime are at greatest risk of having their fundamental rights violated. For this reason, the convention on the Rights of Child (CRC), 1989 established the following as Core guiding Principle for treatment of in conflict with the law: State parties should accept the right of every child if suspected, convicted, or agreed to have violated the Penal Law to be treated consistently with the enhancement of a child’s sense of integrity and dignity, strengthening respect for the human rights and fundamental freedoms of others by the child and taking into account the child’s age and the desirability of promoting the child to play a vital part in society.

With regard to the children who come into conflict with the law, the Children Act 2013 certainly adopted a softer and humanistic approach to comply with international standards under the UN Convention on the Rights of the Child. No child shall be condemned to death, life imprisonment, or imprisonment, as provided for in section 33(1) of the Children Act 2013. Where a child is found guilty of an offense punishable by death or life imprisonment, the Children’s Court may order the child to be detained for a period of not less than 3 years and not more than 10 years in a Child Development Centre.

Nevertheless, under section 34 of the Children Act 2013 which states that if a child is found guilty of a crime that is not punishable by death or life imprisonment, he/she could be forced to live in a Child Development Centre for up to three years. Moreover, a child whose conduct, character and personality depict positive changes and who has not been charged with a murder crime, rape, theft, dacoity, drug trafficking, or any other heinous or serious crime, may under certain circumstance take measures to acquit such a child as soon as he or she reaches the age of 18. In that light, section 34 further mentions the recommendation to be submitted to the government three months before the boy reaches such a majority age.

It should be noted that if the child is charged with serious crimes as described in the preceding paragraph and the case is still under trial on the child’s achievement at the age of 18, the child can be transferred by the Child Development Center to the Central or District Jail, subject to the approval of the Children’s Court under section 34(3) of the Rules of Procedure. Furtherance, There are mainly three correctional homes for the juveniles- Tongi and Jessore for boys; Konabari for girls.

But after having so many laws and correctional facilities, the youth crimes are not decreasing, it is increasing day by day. If we look into the justice proceedings for youths, many children are prosecuted in the criminal courts, though it is against the Children Act 2013. In the case of Shiplu and another vs. State, “the High Court overturned the verdict in a case involving a juvenile offender convicted of a child under 18 years of age.”

Children, unfortunately, are detained in the Child Development Centres and ordinary prisons, though there is a complete prohibition of detaining children in prisons with adult criminals. Also, the children are not provided with proper diet, medical care, and education, let alone rehabilitative steps. The severity of complaints heightened to an extent that, the children are reportedly being supplied with narcotics to keep them calm and in control. Such is a violation of the true spirit of the Children Act. That is why youth offenders could not be able to be rehabilitated through the existing justice process. In addition, several triggers which range from a broken family, child abuse, poor parenting, delinquent peer to crime-prone neighborhood and social transformation have triggered the increasing rate of youth crimes.

In the conclusion, it can be said that though there are many laws and provisions to prevent and deter the youths from committing offenses and if committed brings them under the justice system; these are not affecting in reducing youth crimes. The reluctance of the law enforcement officials, negligence of the authorities of correctional homes in reforming the offenders, and family problems are the reasons for not reducing youth crimes in Bangladesh.

Sakin Tanvir is a 3rd year student of the Department of Criminology, University of Dhaka. He is working as Senior Editor of "Law and Politics Review, Dhaka University Central Students' Union (DUCSU)" and also affiliated with "Dhaka University Research Society (DURS)" in research works.