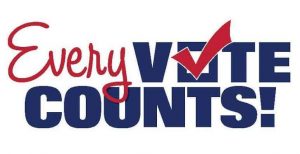 Right to suffrage is a constitutional right in any country and not an exception in Bangladesh. It is a human rights eluded in the Universal Declaration of Human Rights. But a group of people in Bangladesh cannot really exercise this right especially who are implicated with election procedure and ensconce peoples’ exercising their right to vote.

Among 104.1 million voters, some nearly 1.4 million voters are engaged with the sole duty of election procedure viz; defense force, law enforcing agency and public servant excluding the citizens who reside beyond the territory and who are within the four corners of jail. They can’t exercise their suffrage even having the citizenship of Bangladesh.

There are four procedures of casting votes. Vote by personal attendance with which we are accustomed to, proxy vote which is unavailable in our law, EVM which will be introduced in selected constituencies this time, Postal vote, for the officials who are engaged with the election procedure, foreign residents and detainees.

Representation of People’s order 1972 in its section 27 and Electoral Rolls Act 2009 in its section 8 enumerate that 3 persons are entitled to cast their vote by postal vote. Bangladeshi voters living abroad, persons detained in jail, persons appointed to the performance of the duty in connection with an election at a polling station other than one at which he is entitled to cast his vote.

Postal vote is an anticipatory process of taking vote. Circular issued by the election commission and RPO prescribe the method of postal vote. Voter who intends to cast his vote by postal ballot shall have to apply to the respective returning officer of his constituency within 15 days of announcement of schedule. The returning officer as soon as he receives the application shall send a postal ballot paper and an envelope together with some paper having directions, proclamation, one small and one big envelope. He shall write down the voter name, constituency name, voter serial number in the sealed counterfoils of the ballot.

Voters shall tick mark in the ballot paper instead of putting seal according to his choice and infest the ballot paper into the envelope. The voters shall have to attest the proclamation by any one of his known voter of the same constituency after signing in it. If he is an illiterate or autistic then he can seek help from other.

The procedure is much hectic, Complex and recondite for the voters and so they refrain from voting. At present in 11th National election only one voter applied for the postal vote (Dhaka Tribune, 19th December, 2018).

During the election time, officials are overburdened with the duties. They have to oversee the bigger interest of the society for which they relinquish their voting right. If they exercise however, they remain unsure whether it will reach to the returning officer within stipulated time or not. Again degree of probability to be disclosed the secret vote is much more as it is sent to the returning officer personally. If it becomes revealed then it can be harmful for their service and jobs. Moreover, the archaic postal department has no collaboration with election commission.

So, this time also a major portion of the voters living in foreign countries are deprived to exercise their right whose contribution accelerates our economy. Nearly 120 countries across the world insure their citizen’s right to suffrages that are living in the foreign countries. India passed a bill in 2017 and hopes to cast their vote as proxy in the upcoming election. In Pakistan a method was decided in the Supreme Court and it is under the process now. Bangladeshi voters living in foreign countries reassured their rights by the case of ATM Ali Reza Khan Vs. Bangladesh Election Commission and others, 1997, 26 CLC (HCD). But still the election commission didn’t take any effort in this regard.

Pakistan experimented the postal ballot in accordance with the observation of the Supreme Court but the result was not satisfactory. So, EVM can be a great help for the voters connected with election procedure and for the persons who are detained in the jail. Indian proxy system can be an ideal system for the voters living in the foreign countries or online voting system can be introduced for them. Again, collaboration among Election Commission, different political groups, Postal department is indispensable. Depriving a group of people from their constitutional rights puts a question mark in the democracy.