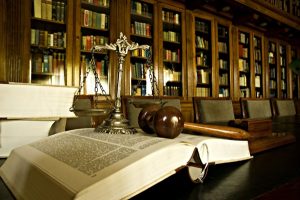 Delay defeats justice. So, in order to ensure civil justice, existing barricades, in adjudicating civil suits quickly, have to be removed from our trial system. However, as per section 9 of the Code of Civil Procedure, 1908 all suits of civil nature are dealt by the civil courts where civil nature denotes the rights and interests having connection with the property and official position as well as religious position also. All of suits regarding civil nature are dealt by the civil courts which are adjudicated by court of District Judge, Additional District Judge, Joint District Judge, Senior Assistant Judge and Assistant Judge where at present about thirty four lakh or 3.4 millions suits are pending before the courts where only about three hundred judges represent those suits which refers to 10 judges for 10 lakh peoples of our country.[1] In India, 19 judges oversee 10 lakh people to settle their civil disputes.[2](The Economic Times, 2018, 24 September) It reflects the inadequacy of judges in settling civil suits. Though some amendments have been made by the legislature to minimize the complexity of trial of civil suits with the establishment of judicial precedents as well as principles i.e. Principle of Res sub judice (s. 10 of cpc), Res Judicata (s.11), set off & counter claim (O.8, R.6), principle of natural justice, suit express and impliedly barred by limitation, inheritance etc, power of the court (s.151), compulsory of ADR system (89A, amendment-2012) etc. In spite of having several principles, the complexities i.e. additional duties of Assistant judge and Senior assistant judge, adversarial trial system, shortages of judges, shortages of separate court, absence of individual independence of inferior judges, analogous system etc. still now exists in adjudicating civil suits quickly which is a bar to ensure civil justice. For this reason, in our country people get civil remedy after passing three to ten years and so long. In this context, in order to ensure civil justice, adequate judges should be appointed and trial room should be increased. Besides these, inquisitorial trial system in lieu of adversarial should be ensured where independence of inferior judge has to be ensured reducing power to transfer suits to the assistant judge court and senior assistant judge court.

Besides these, separate ADR court should be formed along with separate judge for only ADR court so that judges of the session court have no jurisdiction to try suits of ADR court. In England, ADR court is pronounced as compulsory court in adjudication civil suits in first instance and its decision is compulsory for both parties. In our countries, ADR court should be declared as compulsory court, in adjudicating civil suits for first instance, with the appointment of adequate judges for it. The most crucial role, in speeding civil trial, can be played by launching digital e-service system which also can assist to stay suits, under section 10 and 11 of CPC, on the same subject matter and between same parties.

[2] The Economic Times, The India has 19 Judges Per 10 lakh People, 24 September 2018, link available at https://economictimes.indiatimes.com/news/politics-and-nation/india-has-19-judges-per-10-lakh-people-data/articleshow/65935214.cm

Challenging the Patriarchy to Achieve SDGs

Right to Vote: An equal or unequal right!