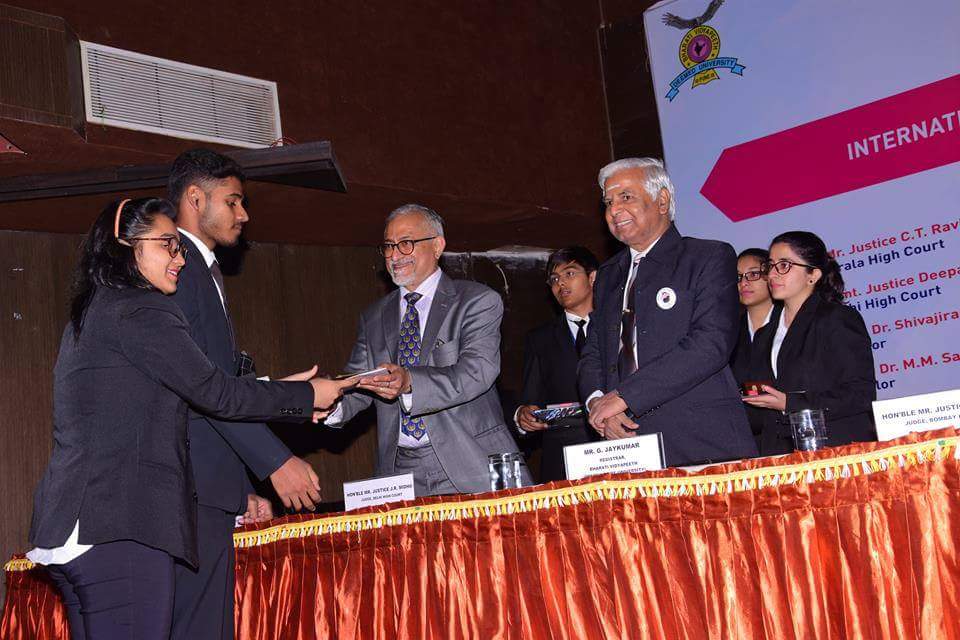 What did we do to deserve this wonderful life? ‘8th Justice P. N. Bhagwati International Moot Court Competition on Human Rights’ raised this question into our minds. Unsurprisingly, the answer was obvious that SCLS was the best thing ever happened to us.

Our journey towards this competition started one month before we actually flew towards Bharati Bhidyapeeth Deemed University, Pune. When the Chairperson of SCLS, Abdullah Al Noman Bhai informed the three of us that we are going to represent our department, our University and above all, to represent our Nation before the world, our journey started exactly from that moment. After the registration and all other formalities we started studying hard with the Moot problem and preparing our Memorial. As Imtiaz and I were quite novice in this Mooting arena, Piyal bhai guided us in every way he could.In this particular period, we studied different international instruments, articles,  journals, books, Research papers, memorials of other moot competitions on human rights and related them to our moot problem and learnt to extract the gist from them. We understood that it takes a lot more effort to earn that skill. You cannot learn Moot in just one day. It requires dedication, hard work, Cooperation, intelligence and of course experience. While researching Badhan bhaI assisted us a lot, though he wasn’t in our team. We are indebted to him for his intellectual contribution. With uncountable sleepless nights, we submitted our memorial just on the deadline. One vital observation of our student life is that we always keep things for tomorrow. And that tomorrow only comes on the day we call ‘Deadline’. Getting benefited in no way by this realization, Piyal bhai and I started to prepare our scripts of the Moot Submissions and Imtiaz played the role of adjudicator.

After a bunch of hassles with our passports and visas, we finally took the flight from Chittagong to Calcutta on 21st March, 2018. My childhood dream to travel by air came true (though it sounds childish, the truth is the child inside me is still alive). We got flooded with the views of snow white clouds. We observed that even when the sky is filled with clouds, the sun shines behind them.

We reached Calcutta and then took another flight from Netaji Shuvash Chandra Airport, Calcutta to Pune. One of the organizers came to receive us at airport though it was almost midnight. He escorted us to the guest house of Bharati Vidyapeeth. The hospitality of the organizers was undeniably praiseworthy.

However, our competition was on 23rd and 24th March. The day before the competition the orientation program was held. The speeches we listened to, still echoes in our minds, those valuable words from high profile personalities of the Legal Arena. In the evening we came back to the guest house and organized our exhibits, practiced our speeches repeatedly and took preparation for the battle, the intellectual battle. 33 teams, 98 participants, 50 judges, a tough competition indeed.  On the day of the battle,  three of us headed towards New Law College, Bharati Vidyapeeth Deemed University dressed formally like veteran Lawyers. This made us more confident. On the opening ceremony we saw the life sketch of Justice P.N. Bhagwati, 17th Chief Justice of India, such a magnificent soul, a path finder, a pioneer of ensuring human rights all over the India. After being enlightened with his fascinating contribution in the Indian Judiciary, we came to know about another great personality Patangrao Kadam, A successful, honest politician, who was an educationalist and founder of Bharati Vidyapeeth. With a feeling of contentment, we went to our respected Court Rooms.  The day before this, our opponents were announced. In the first round we were Respondent and the applicant side was National Law College, Pune. That team was simply amazing. Their vast preparation was being reflected in their memorial and Compendium. However, we gave our submissions before two respected judges and faced their questions several times. With a hard competition the first round came to an end. After that, our team escort, a first year student of New Law College, took us to have lunch. The Lunch was unimaginably delicious. The arrangements were in a buffet, so we could eat as much as we want. The zeera rice, daal, chapati, papar, paneer curry, shri khand, pickles, ice cream were really tasty. Piyal bhai was preparing for the second round so hard that he didn’t take the lunch. After having lunch we went for the second round. And at that time, our opponent was a team from Dhaka University, Bangladesh. Rifat and Mashraf bhai were on the respondent side and we were the applicant this time. On this round, we felt that we could give our best. The opponent was strong as well and as we observed they could convince the judges in a better manner. While giving submissions they were engulfed into the characters they were playing and that was the best part of them. After finishing the second round we waited for the results of preliminary round. Meanwhile, we talked to other international students and got acquainted with their lifestyle, education system and what not. The students of new Law College appreciated our Moot enthusiasm that made us travel a long way to another territory. We gathered inside the auditorium for the results. From 33 teams, only 4 teams made it to semifinals. We missed the next round yet learnt a lot. But the happiness was that another team from DU was in the semifinal to represent Bangladesh. Next day we watched the finals between Dhaka University and Symbiosis Law School, Pune. It was a hard competition. At the end, the Symbiosis Law School, the applicant side became the Champion. It was a victory of Human Rights, the judges acknowledged. And it is a must to mention that, Piyal bhai got a Special Mention Award for his noteworthy excellence. It was another moment of pride for us.

After the overall competition, with happiness of accomplishment we, along with our two Indian friends Shubhi and Shekhar went to explore the street foods of Pune. And we discovered the best thing about India which they named as ‘Panipuri’.

As three of us were foodies, we found ourselves melted with the taste of vada pav, shev pav, dahi paneer paratha, aloo paratha, Idli sambar, Dosa, mango juice, Gola, softy ice creams and all other traditional Indian foods.

Before the day we headed towards Bangladesh, we collected the memorials of all other teams and found out their especiality and our backlogs. We understood that, it requires more hard work, more research and more discipline to be the Champion. We left Bharati Vidyapeeth with the pledge to come back next year with a better version of ourselves and lots of precious memories with us.

Now if someone asks us what have we learnt from this competition, we’ll simply reply ‘something that nobody could teach us sitting inside the classroom. It is something more than that, something unexplainable but it would certainly guide us in the days ahead.’

And if we are asked why we didn’t win we’ll remind that “sometimes you need to fall before you can fly.

Latest posts by The PN Bhagwati Moot Team (see all) 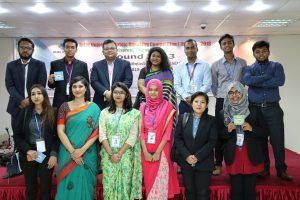 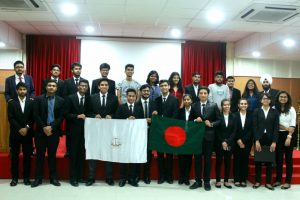