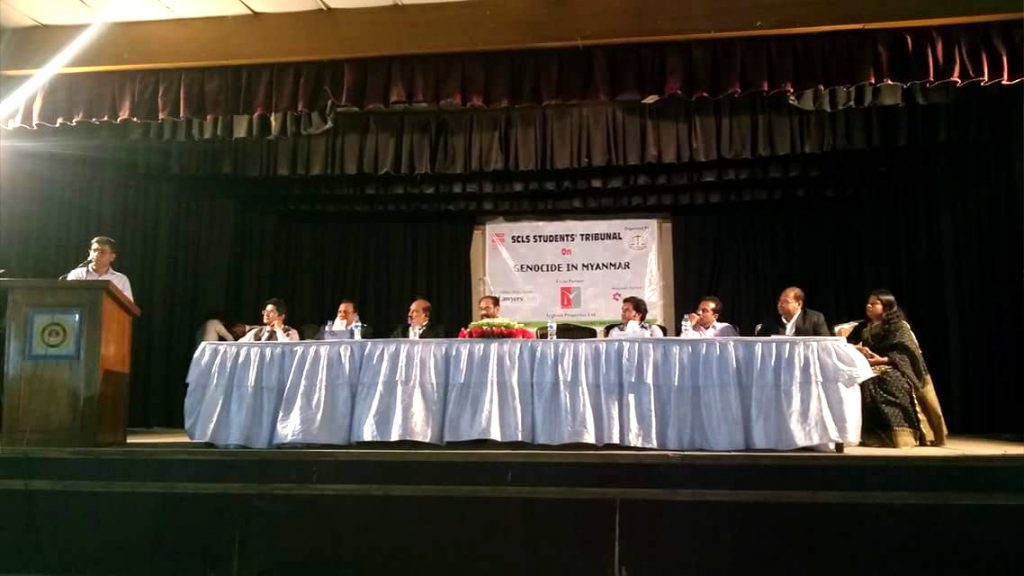 Justice has been uphold in the Students’ Tribunal on Genocide in Myanmar organised by Society for Critical Legal Studies (SCLS). This Tribunal followed the proceedings of International Criminal Court. 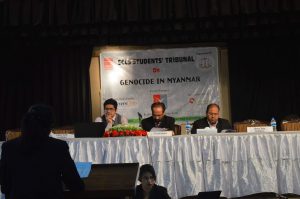 Counsels of Prosecution and Defense put their cases before the judges,  gave evidences as well asas witnesses. And Honorable Judges convicted the Myanmmer Government and said that, there were elements of Genocide in the attrocities of Myanmar. The Chairman and other two Judges of the Tribunal have come up with a verdict that, there are elements of Genocide in the humanitarian crisis of Myanmar. And thereby Myanmar Government is being responsible for the attrocities persecuted by them.

Students from 18 universities attended this mock trial playing the role of distinguished stakeholders. Who believe in demonstrating  the position and standpoint of Bangladesh towards this issue, where Students’ Tribunal will play a significant part. 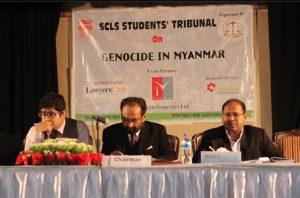 After the trial of the tribunal, an open discussion was held on this issue. The history of the Rohingyas, present condition and solutions of this problem were discussed there by learned speakers. Professor of Department of Anthropology, University of Chittagong and Rohingya researcher Dr. Rahman Nasir Uddin gave his insights on this issue as keynote speaker. Various lawyers,  Professors,  Judges,  NGO workers,  News media, Human Rights Activists enlightened the program with there presence. Associate Professor of Department of Law, University of Chittagong and Moderator of SCLS Mr. Nirmal Kumar Saha presided the open discussion session. He concluded saying that, “This tribunal on Rohingya issue would surely suffice a momentous role and people all over the world will stand for justice for the Rohingyas. 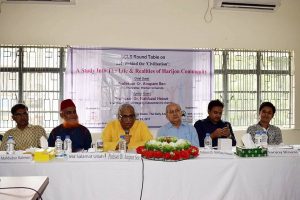 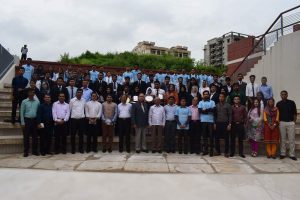