Critical Legal Studies (CLS) movement of the U.S. marked the combination of a legal way of thought (theory, we call it) and a social network of progressive legal scholars of 1970s. From a theoretical point of view, it was a reaction to the inherent conservatism of common law system built on precedents. Critical legal thinkers vigorously questioned the subtle partiality of the apparently impartial and rigid legal doctrines. Critical legal studies question the hidden interests and class domination behind the institutions and politics of laws. Critical thinkers analyzed the historical, social, economic and psychological results of laws and legal institutions. Prior to1930s, the American formalist philosophy that judges decide cases on the basis of distinctly legal rules and reasons that justify a unique result. During 1930s, the Legal Realists philosophers persuasively argued that statutory and case laws are indeterminate, and not based upon law. Judges decide upon what they deem fair in light of the facts of a case. In 1970s, the critical legal thinkers sought to establish a sort of “reasoned elaboration” thesis which does not deny either of the rule based decision making (legal formalism) or the situation based decision making (legal realism). They rather accept the laws as a “prescriptive system” that judges would uncover through reasoned analysis of policies and principles of law without questioning the “basic institutional arrangements of the market economy, of democratic politics, and of civil society outside the market and the state” (Unger, Roberto Mangabeira, The Critical Legal Studies Movement. New York: Verso, 2015). Reasoned elaboration would thereby permit the use of law as a mechanism of social change. True it is that the Critical Legal Studies movement substantially waned within a decade of its emergence. Yet the offshoots of CLS, like the critical race theory, contemporary feminist theory now play a major role in contemporary legal scholarship. An impressive stream of CLS-style scholarship has also emerged in the last two decades in the areas of international and comparative law. Most importantly, apart from the philosophic particularities of CLS, the networking and activist elements in the movement contributed towards a radical change in the U.S. Law School curricula and teaching-learning methodology. The Society for Critical Legal Studies (SCLS) at the University of Chittagong predominantly rests on this “activist” premise of CLS. We do believe that encouraging the law students to think and act from a critical perspective would surely bring a positive change in the legal education of Bangladesh. Such a passionate upbringing and gathering of a folk of critical thinkers and activities would ultimately benefit the laws and legal institutions in the days to come. Seen in this line, SCLS’s is a very elementary and simple task – Exploring Opportunities and Expanding Possibilities. 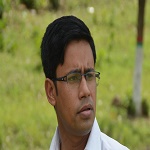