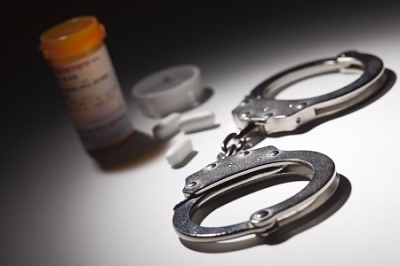 Pablo Escobar is the most hailed person in relation to the involvement with drug trafficking. The real life story of Medellin’s drug kingpin Escobar is depicted on a famous Netflix show named as ‘Narcos’. The inception of his business was through smuggling of consumer goods. Later on, he resorted to supplying cocaine to the US which made him a legendary drug kingpin who surpassed each and every of his forerunner and counterparts that followed and who influenced Columbia’s Government to military to a great extent. At the height of his career, he turned over US $21.9 billion a year in personal income. His era of drug terrorism saw its end by the US and Colombian government’s collective effort and Escobar was shot and killed in his hometown by Colombian National Police.

‘Escobarian’ legend might have faded from the streets of Colombia but the poisonous bite of drug trafficking still effects the world with its own epicenes. In addition to the borders between Bangladesh and India, in between the borders of Bangladesh and Myanmar recently, the legendary ‘Medellin cartel’ of Escobar is seen to be revived in the guise of players involved in drug trafficking in these regions. Huffington Post published an article titled ‘Yaba, the madness drug’ that illustrated Bangladesh now is in the frontlines of the yaba epidemic and described how yaba is produced mainly in nearby Myanmar in abundance.  In the ‘Shan State’ (Wa State) of northern Myanmar, lives an insurgent group called ‘United Wa State Army’ which gained a foothold in terms of drug trafficking and is reported to have been trafficking drugs inside Bangladesh for a long time.

To counter drug trafficking and usage there are numerous drug laws prevalent in the world. In ‘Pablo’s’ Columbia drug use is prohibited by the constitution but it is not a criminal offence. Possession of the quantity of a drug permitted for personal use is not a crime under Law 30 of 1986, article 2, clause j. Apart from the allowed quantity, penalties for possession, use, or trafficking of illegal drugs in Colombia are severe, and convicted offenders can expect long prison sentences under harsh conditions, with significant expense and great hardship for themselves and their families. Perhaps communist Vietnam has some of the world’s toughest anti-drug laws. In Vietnam, drug crimes are taken very seriously. If you are arrested with more than 1.3 pounds of heroin, you will automatically be executed.

Contrary to these harshest policies of these countries involving drugs, Portugal took a reformative approach as a means of countering ‘narcotics’ which has made Portugal having one of the most liberal drug policies of the world. Instead of taking a harsh attitude towards drug offenders, Portugal decriminalized the use of all drugs in 2001. Usage of drugs in small quantities ranging from cocaine, heroin, weed and all the other drugs are deemed as a public health issue, not a crime. But drugs are considered illegal under law but getting caught with them means a small fine or a referral to a treatment program, not subject to jail or fines.

Bangladesh takes a bit hard-line approach to counter drugs with the force of laws. To counter the problems created due to drugs, a law named ‘The Narcotics Control Act’ was passed in the parliament in 1990. Later on, on many occasions, it was amended. One of the sentences of this act includes 2 years to life imprisonment for committing crime for class intoxicants under section 9. There are some other laws and rules to regulate narcotics. Bangladesh is also a signatory to all three UN Conventions on drug abuse and trafficking.

It is reported that, 54 per cent of all drug related cases in the last five years witnessed acquittal of those arrested and alleged for drug related crimes. Poor investigation, weak FIRs, and vague charge sheet contribute to the failure of the drug cases. In the year 2015, the DNC filed 1,873 cases and scored convictions in only 892 of them.

The advocates of drug liberalization say ‘global war on drugs’ has failed to achieve its outcome and Portugal is far ahead of its European counterparts in the ‘war on drugs’ on account of its ‘decriminalisation of drugs’. According to EU figures, Portugal’s present drug induced deaths is 5 times lower than the European Union’s average. In Bangladesh likewise other countries of the world, reportedly there are six million addicts who spend over almost Tk 700 million everyday on illegal drugs.

In a country like ours, where investigations are influenced and lack transparency, there are some steps that I think can be taken to halt the tide of drugs. Firstly, emphasizing development on the transparent investigative approach and deployment of expert manpower to meet the needs of a transparent fruitful investigation relating to drugs. Secondly, reformative and rehabilitative approach like Portugal can be given a thought with serious consideration of decriminalising drugs as a means to solve drug related issues. I am not saying we should legalise drugs. There is a difference between decriminalisation and legalisation. If something is legal, you can have possession of it and in addition you can sell that thing you are possessing legally and earn money without any bar. So, there’s no way I am saying to let the drug traffickers to go unpunished or even implying to let the drug users get away without penal consequences, because this is not what decriminalization is all about. Generally, decriminalization shifts the nature of the penalty from criminal one to civil one. All existing illegal drugs will still be regarded illicit. Judicially conferred penalty for the users will remain in the guise of mandatory exposure to treatment and fine rather than jail time. Alike Portugal, Bangladesh can think of liberalising drugs and can deem addiction as a public health issue not a crime by creating treatment program funded by the government that rehabilitates the drug users and delve into rehabilitation rather than punitive punishment by conferring mild sentence to minor drug crimes and can feature referral to compulsory treatment program as a form of sentencing in the proceedings respecting drugs. There can be made a commission consisted of social workers, doctors and other concerned experts to administer these government funded treatment programs. If punitive penalty is given to a drug user such as a jail time for 6 months, then government has to bear his necessary living needs for that period of his stay in jail. Won’t it be worth to bear his addiction preventing treatment expenditures rather than six months of jail time? In Bangladesh, by proper use of the annual budget for law and order, shifting the monetary expense incurred for a drug user serving prison into his ‘Addiction removal treatment’ cost is not impossible. Let’s correct people with love and by solving their problems!

Aqib Tahmid is a student of law at Chittagong University. He has a passion for writing and in addition, he loves to read books related to history ranging from ancient to medieval. 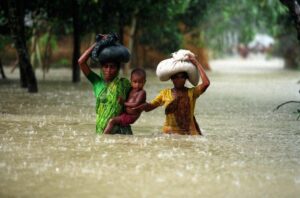 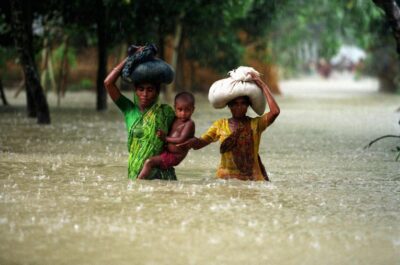